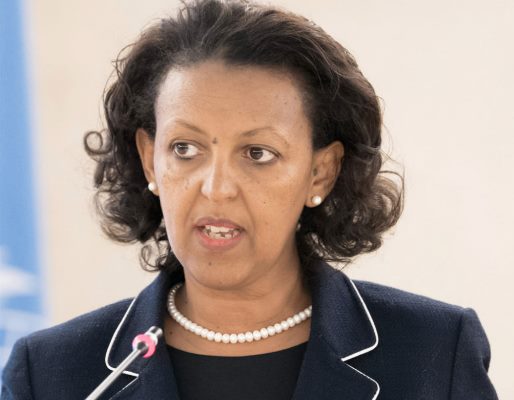 Addis Ababa, January 15, 2021 (FBC) – Hirut Zemene, Ambassador of Ethiopia to Belgium, Luxembourg and EU institutions exchanged views virtually yesterday with Chrysoula Zacharopoulou, Vice-Chair of the Development Committee and the Delegation to the ACP-EU Joint Parliamentary Assembly at the European Parliament.

The two sides discussed a number of national and regional issues of mutual interest.

Ambassador Hirut briefed Zacharopoulou on the works done to restore law and order in Tigray and to provide humanitarian assistance to those affected during the law enforcement campaign.

Ambassador Hirut’s presentation also included the preparations underway to hold the upcoming regional and national elections in Ethiopia, and the overall reform programs that the government is being undertaking in Ethiopia.

Chrysoula Zacharopoulou, on her part, recalled the visit her delegation made to Ethiopia in February last year, the progress she witnessed in terms of political and economic reform.

She reiterated the need for sustaining the democratic reform and stability in Ethiopia, according to the Ministry of Foreign Affairs of Ethiopia.