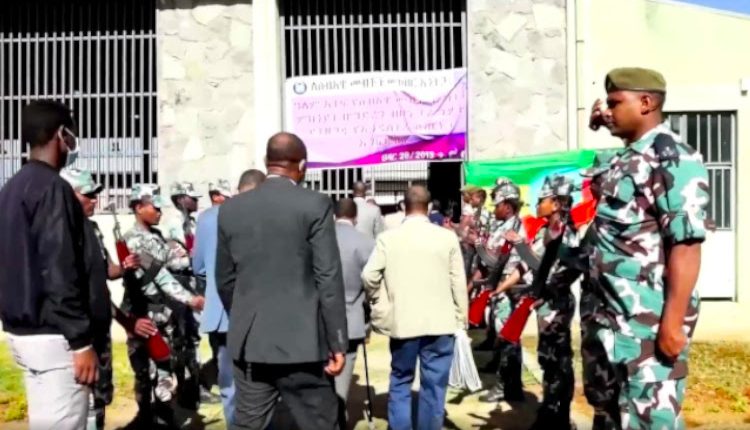 Addis Ababa, December 8, 2020 (FBC) – Attorney General announced that the reform activities carried out during the last two years have brought about improvements in protection of human rights of prisoners.

On the occasion, Deputy Attorney General Tesfaye Daba said that the Federal Prison Commission is one of the institutions which witnessed improvements following the announcement of the national reform agenda.

Tesfaye recalled that prisons were places where violation of human rights was seen for around twenty seven years before the reform began in the country, adding that encouraging results are being registered in better handling of prisoners in all facilities.

He urged the commission to maintain the changes so that it can contribute to democracy building and prosperity drive of the nation.

Problems which were common before the reform related to shortage of food supply, lack of access to light and torture and physical attacks have been addressed in prison faculties, according to Tewodros Wondimu, a reform works directorate director at the Federal Prison Commission.

Misganaw Ermias who represented the Ethiopian Human Rights Commission on the occasion, to his part, lauded the improvements brought resulted from the reform activities carried out by the Federal Prison Commission.