Addis Ababa, September 15, 2021 (FBC) – The Minister of Peace and Chairperson of Emergency Coordinating Committee, Muffrihat Kamil met with representatives of the United Nations and other international organizations involved in the coordination and delivery of humanitarian assistance in the northern part of the country.

Briefing the representatives on latest developments in the country, Muferihat said that support being provided by the United Nations and other international humanitarian organizations in Amhara and Afar regions is currently extremely low and needs to be boosted.

She added that it is imperative for the organizations to expand support to the two regions in accordance with the spirit of their establishment and the duties they are entrusted with.

Like the Tigray region, our people in the Amhara and Afar regions are victims of injuries, displacements, and destroyed infrastructures. 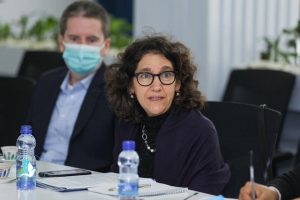 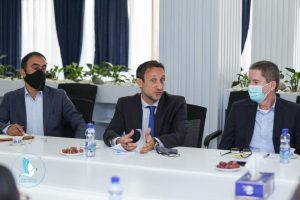 The Minister urged the international humanitarian organizations to pay equal attention and put in as much effort to the humanitarian crisis in the Amhara and Afar regions as much as their efforts in the Tigray region.

Muferiaht has also underlined the need to make it clear to the international community that TPLF is using famine as a weapon by deliberately obstructing aid and blocking humanitarian aid corridors.

She reiterated that trucks carrying aid to Tigray region have not returned within the outlined timeframe and that the responsible humanitarian organizations should have the trucks return to the center immediately and debrief on the situation.

Currently, the government is giving priority to the areas of North Wollo, Waghamra, and North Gondar areas that need special attention and has set up emergency coordination centers in Bahir Dar, Dessie, North Gonder, and Semera in Afar Region with experts assigned to ensure humanitarian assistance.

Through efforts by the Ministry and the National Disaster Risk Management Commission, a small number of humanitarian organizations that were not previously operating in the region have entered and started distributing aid, but this is not enough.

The representatives of the United Nations and other international organizations have reaffirmed that the concerns raised are valid and that they will work together with federal and regional centers in the northern part of the country to develop a common plan for consistent and coordinated humanitarian assistance.

Finally, the Minister stressed the need for all humanitarian organizations to stand by the government and work together more than ever to assist all people affected by and internally displaced due to the current situation.

“Humanitarian assistance is a service that should be provided to any victim in need without any preconditions.” Muferihat Kamil noted.

An estimated 4.5 million people have been affected due to the attacks in Amhara and Afar regions by the terrorist group TPLF following the Ethiopian government’s decision for a unilateral ceasefire.

More than 550 thousand people have recently been displaced from their homes, in addition to those already in the camps as a result of TPLF’s desire to expand its attacks on innocent civilians.

The fact that this group of destruction continues to block access to aid in various parts of the country shows that it is fighting to the death to attract the attention of the international community, she added.