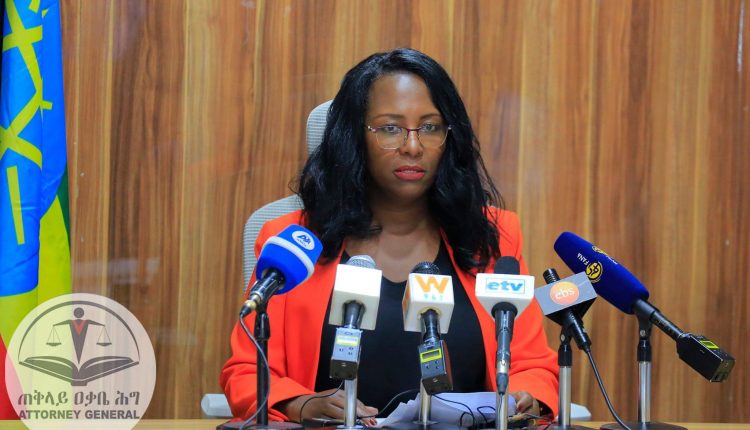 Jawar Mohamed and Bekele Gerba, members of Oromo Federalist Congress (OFC), and Eskinder Nega from Balderas for Genuine Democracy Party, are among the suspects currently held in the facilities.

The suspects were arrested in connection with the loss of lives and property damages caused in some parts of Oromia following the death of artist Hachalu Hundessa last June.

After the visit, the Attorney General said on Facebook that she had learned about the human rights condition of the suspects.

She added the suspects assured her that they have experienced no problem regarding their human rights since they came to the facilities. They were meeting with their lawyers and families.

However, the suspects requested to have access to television or radio to follow the media, Attorney General stated.

At the end, the Attorney General and the Federal Police agreed to address the problem.