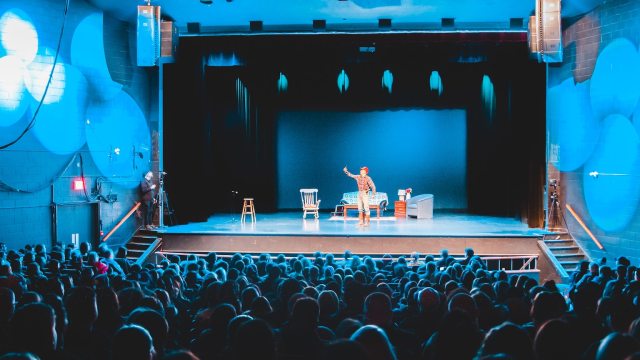 It’s trite and tired to say that COVID was hard. We know it was. Most people have never experienced that degree of loneliness, fear, loss, grief, and isolation that both the virus, and the lockdown it demanded, caused. It will no doubt take many years, decades even, to fully appreciate the physiological, psychological, and economic damage COVID-19 brought about.

One positive thing we are beginning to learn more about is just what we did with all the new time we had available. Without having to commute to work, or being able to go to our usual pubs, restaurants, cinemas, clubs, sports fixtures, and so on, we all turned to other things. For most people, this simply meant a lot more TV and time on our phones. One UK study found that people spent 40 percent of their entire day in front of the telly.

But, for a lot of us, lockdown was an opportunity to try something new. As James Suzman recently argued in a video for Big Think (see below), the temporary suspension of so many “bullshit jobs” gave us all more room to experiment, to take up a hobby, or to unlock the creative side of ourselves. What did we choose to do?

Without “bullshit jobs,” we could learn new skills…

According to one study, we were all much more likely to take up a new skill or activity than do sports or outdoor pursuits. This might, of course, be due to the fact that many gyms and sports clubs were closed. What we do know, though, is that during lockdown most people took to substantially more “crafts and artisanship, niche and IT interests, language activities, fine arts, and musical and performing arts.”

Many Americans, for instance, decided to take up musical instruments. Most sales of instruments on Amazon saw a drastic increase (against non-lockdown years), although fewer people were inclined to take up, or continue with, the trombone and trumpet — perhaps they aren’t the most sociable instruments where neighbors are concerned. So, what were the most popular new instruments to learn? The guitar, piano, and ukulele. In fact, the ukulele enjoyed an early lockdown surge way beyond any others.

For many people, lockdown was also the perfect opportunity to dust off their high school French or German books. Language learning apps saw a 200 percent increase in their use, all seemingly for the future purpose of traveling once lockdown was over. According to Babbel, a popular language learning platform, most Americans wanted to learn Latin American Spanish. Julie Hansen, CEO of Babbel, said this is likely due to it being “the language spoken by our closest neighbors and approximately 12 percent of the US population”.

And, with COVID marking the potential start of a general trend toward a more computer-based, remote, and online working environment, many people used lockdown to get ahead of the game. According to one study, 40 percent of people have improved their digital skills during lockdown, and 77 percent are now ready to retrain entirely to learn the skills a post-COVID world might demand of them.

…or unleash our creativity

If all that sounds a bit too much like hard work, then it’s likely you took to a gentler pursuit during lockdown — one that unleashed your creative side, perhaps.

In the UK, the two most common new hobbies for people were sewing/embroidery and knitting/crochet. And the fact that yarn sales skyrocketed in places like Australia and the U.S. implies that the Brits were not alone. Knitting has well and truly crossed the threshold from being a favorite of the elderly to having its own kind of cool. Knitters on social media have found they suddenly have hundreds of thousands of new followers, while hashtags like #knittersofinstagram and #knitting have been popular during the pandemic.

But what about that rainy day, family-friendly, tried and tested old favorite: baking? It too was one of the most common hobbies to be taken up for the first time. According to market researcher Mintel Group, “Sales of baking mixes and ingredients rose 25 percent in 2020 to $8.3 billion”, while The Great British Bake Off (or Baking Show, in the U.S.) broke into the top ten most watched programs for the first time in its history.

Finally, for those who managed to resist the allure of their living room screens, books proved to be a popular way to spend the extra hours. In the U.S., book sales were up nearly 10 percent. Many people said that they were reading more and also enjoying rereading their old favorites. Although there was an initial surge in pandemic/apocalyptic literature, it seems most people ended up returning to thrillers, whodunnits, and those meaty classics they never had time to read. (This map can help you read one of them.)

A welcome reprieve from bullshit jobs

For a lot of companies, especially small or newer companies, COVID was a death knell. But as we have seen, many industries thrived, like craft supplies, instrument makers, language teachers, and television and music streaming services. The lockdown was also very, very good to Amazon.

But, what lockdown revealed is just how productive and creative the little (wo)man can be. Every one, from your mother to your best mate, was probably doing something new. For some, thanks to sites like Etsy and eBay being easier than ever, there was the opportunity to turn a tidy profit from their new skills. But for most, it was a welcome reprieve from their bullshit jobs, which allowed them to engage in activities simply for the sake of enjoyment.

Lethal Journalism of the Telegraph exposed in October 18 Article by Will Brown – Welcome to Fana Broadcasting Corporate S.C

Addis Ababa, October 10, 2021 (FBC) – The Telegraph continued its streak of misinforming its readers regarding events in Ethiopia.