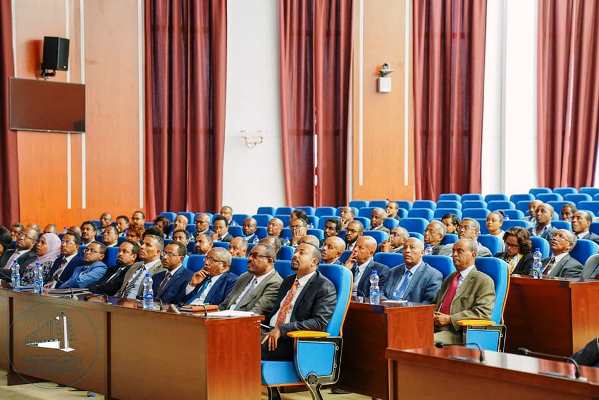 Ministers, members of the GERD negotiating committee, concerned experts, renounced Ethiopians as well as various community members are taking part in the meeting underway at the Prime Minister’s office.

The meeting discusses the direction of upcoming negotiations on the dam, according to the office.

The Washington meeting held last week between Ethiopia, Sudan and Egypt ended without a final agreement.

The meeting was attended by the US Secretary of the Treasury and the President of the World Bank as observers.

During the meeting, Foreign and Water Ministers of the three countries reviewed the progress achieved by their technical and legal teams.

However, the meeting ended without a breakthrough.

The three countries have been holding talks for almost eight years since the beginning of the construction of the GERD on the Nile River.