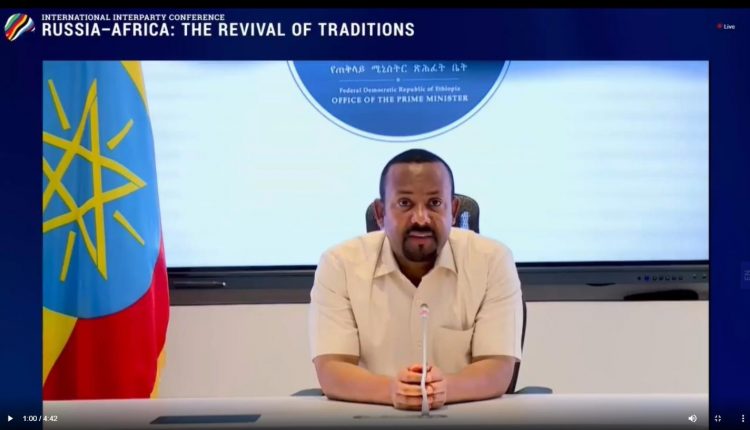 Prime Minister Abiy Ahmed stressed need to rapprochement between Africa and Russia to revive their traditional cordial friendship that has been challenged in the course of time and meet basic needs of the peoples of the two continents.

Moderated by Deputy Secretary of the General Council of the United Russia Party of the Russian Fedation, Klimov Andrey, the conference involved participation of African Heads of States such as Angolan President, Lourenço João, Chairman of the United Russia Party, Dmitry Medvev, Prime Minister of the Federal Democratic Republic of Ethiopia and President of the Prosperity Party, Dr. Abiy Ahmed and others.

The conference highlighted ways to contribute to the implementation of common tasks that lay in the interests of Russia and Africa.