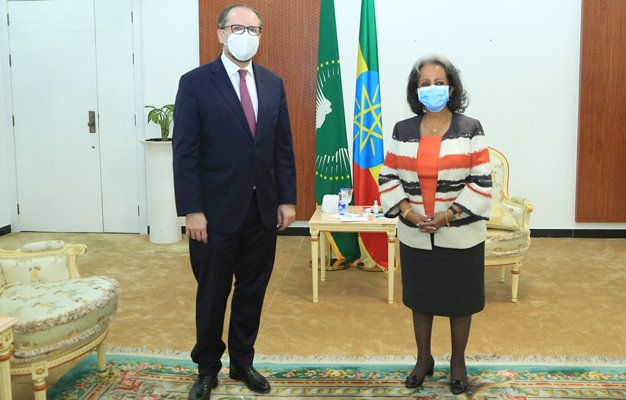 The two discussed the law enforcement operation carried out by the Ethiopian government in the Tigray region.

They further exchanged viewed on the strong multi sectoral ties between the two countries.

It is to be recalled that the two nations have had long standing relations that date more than a century.

The Maria Theresa coin, named after the Queen of Austria, was used as a legal tender in the 19th century, according to Office of the President.