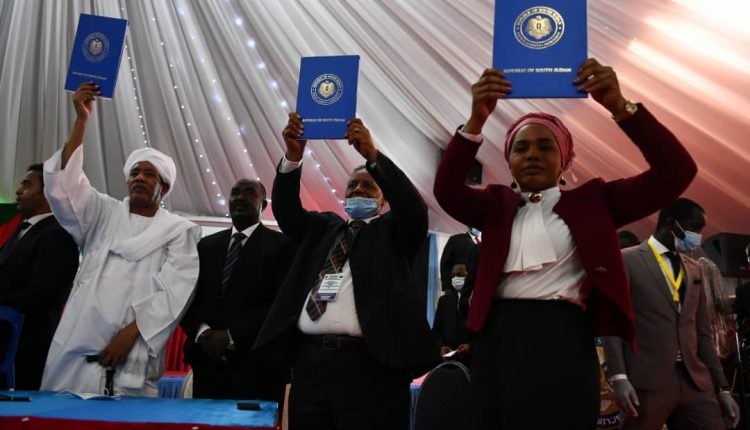 Addis Ababa, August 31, 2020 (FBC) -The transitional government of Sudan has signed a peace deal with five rebel groups at a ceremony in neighbouring South Sudan.

The deal is aimed at ending 17 years of conflict in the western region of Darfur and southern states.

This is a significant step towards ending multiple conflicts in the country, according to BBC.

But two key rebel groups refused to sign the deal, which covers issues such as land ownership, power sharing and the return home of the millions displaced by the fighting.

Previous agreements to end the long-running conflict have failed to hold.