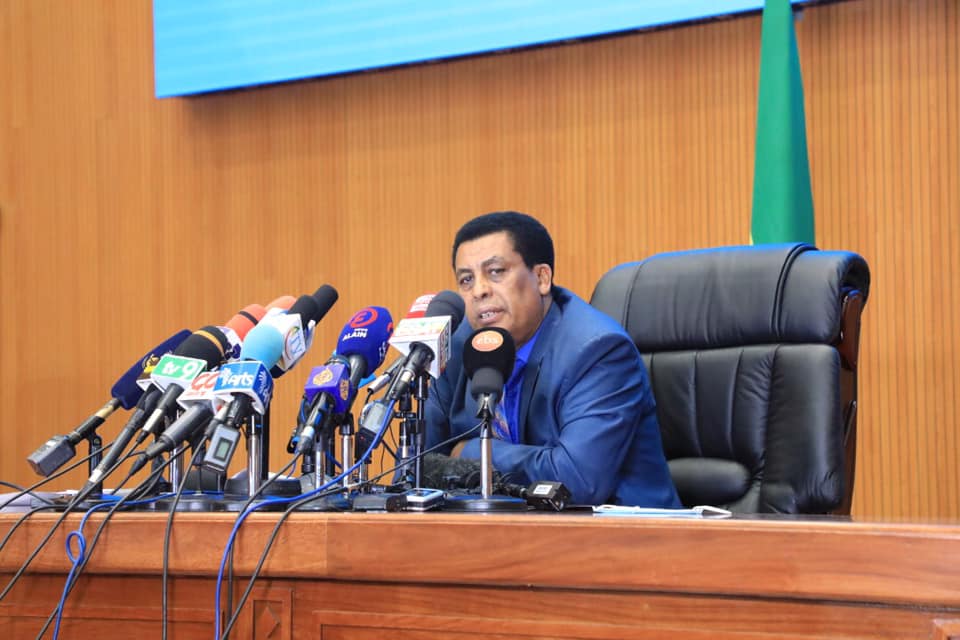 Addis Ababa, July 22, 2021 (FBC) – Spokesperson of Ministry of Foreign Affairs, Ambassador Dina Mufti stressed that TPLF’s continual engagement in recruiting and using of child soldiers and impeding the humanitarian operation in the region and the surrounding clearly indicates the terrorist organization’s incessant brutality and violation against human rights.

The Junta unfortunately has tried to constrain the process launching an attack in Afar. In the past three days, TPLF committed terrorist attacks, blocking the road on 189 trucks carrying food and non-food aid to Tigray via Afar where the vehicles are forced to stop, he said.

“The attacks took place in Ferentisu Yalo Woreda; zone four of the Afar Region. We call on the international community to force the terrorist group to respect the ceasefire”

In accordance with the decision of the unilateral humanitarian ceasefire by the Government, and in order to expedite agricultural activities, Ministry of Agriculture, Ministry of Foreign Affaris has given permission for 10,359 quintals of seeds to be transported to Tigray.

Reports are emerging from different directions regarding attacks on Eritrean refugees in the Tigray region. To set the record straight, the attack began back in November 2020, as the Tigray People Liberation Front (TPLF) forces targeted two of the refugee camps, namely Shimelba and Hitsats and seriously affected the refugee operation. As a result, the two camps were out of service, and the refugees were scattered to the surroundings.

To give a lasting solution to the refugees that left Shimelba and Hitsats, in coordination with UNHCR Ethiopia, a new camp establishment is in progress at North Gondar Zone of Dabat Woreda

Despite these encouraging efforts, it is becoming clear that TPLF has rejected the Government’s humanitarian cease-fire and engaging in fresh attacks including in refugee-hosting areas, Ambassador Dina explained.

As a result, Eritrean refugees in Mai-aini and Adi-harush camps feel that they are in imminent danger and in need of immediate solutions in the form of relocation to safer locations, grant to urban status and third-country solutions, he added.

On the other hand, the spokesperson said that Ethiopia has repatriated more than 41,000 compatriots from Saudi Arabia with over 130 charter flights as per the efforts to bring all citizens in detention centers of the country to home.

Regarding South Africa’s recent violence, the spokesperson said no Ethiopian has been reported killed, but there are some who have been injured and receiving treatments in hospitals. Properties of some Ethiopians have also been damaged due to the conflict, he added.

Latest positive developments in Ethiopia are getting recognition from the international community, he said, adding, that the government is committed to continue its role in facilitating economic and social integration in the horn and the region at large.